The skin-ny On Presidential Election Possibilities 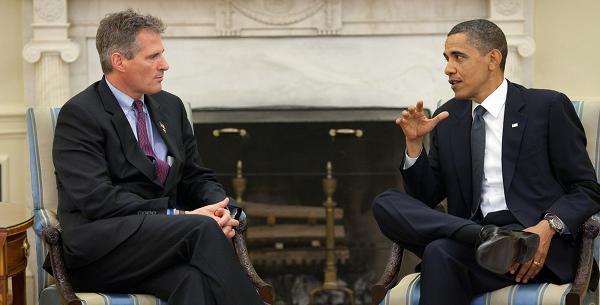 In response to an article in the Boston Herald suggesting the possibility that the newly elected Senator from Massachusetts could one day vie for the office of president, James Taranto in "Best of the Web" humorously wrote:

C'mon, Scott Brown? His victory last week was undoubtedly impressive, but let's put things in perspective. Brown is merely a state senator, and by the time of the next presidential election, he will have served less than a full term in the U.S. Senate. What could possibly give anyone the idea that he's experienced enough to go to the White House?

Well... if Harry Reid could recognize the potential of a "light-skinned Negro" to aspire to that office, why not a white-skinned Brown man?