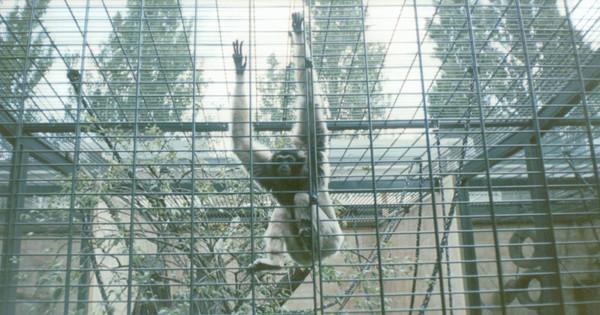 Originally posted on The Dog is Loose blog October 4, 2007.

The independent ATM industry has seen a number of changes over the years. What was once the exclusive arena for financial institutions, saw a rise over time of independent operators, some of whom have made millions. Recently, independents have seen their profits in decline due to regulatory and competitive pressures. With all the rumors about the ultimate demise of this once lucrative entrepreneurial haven, we wanted to find out how a really successful ATM owner-operator can continue to make the tough choices on where to place his machines for maximum sustained profits...

ATM-Exaggerator-Online: How long have you been deploying ATMs in off-premise locations?
Worthington: We first got into the business just after the surcharging rules were changed back in the nineties. But our business really took off in the early 2000's during what I like to call the boom years. That's when everything went boom.
ATM-Exaggerator-Online: What constitutes a good ATM location and how can you be sure your placements will continue to be profitable?
Worthington: It's really simple. We simply deploy our ATMs where the people are.
ATM-Exaggerator-Online: Could you elaborate?
Worthington: Sure. ATMs are all about foot traffic. But not just any foot traffic. You need people... people with ATM or debit cards. For example. We tried placing ATMs where there were monkeys... no good. To prove our business case we conducted a pilot program, placing an ATM at the zoo inside the monkey-house... on the monkey side of the cage. Nothing... not one transaction during the entire pilot. And by the end of the pilot the monkeys were pounding on the ATM and covering it in their feces. Not a pretty sight. But... and here is where our analysis really paid off... we placed a test machine on the people side of the cage and bingo... we actually got a transaction.
ATM-Exaggerator-Online: You got one transaction and consider that a successful pilot?
Worthington: Well... we did prove that people are the key factor... and we did get one more transaction than Drektronics is getting at some of their high volume locations. So, yes, I would say it was successful.
ATM-Exaggerator-Online: What's next for you and Consolidated Regional ATM Partners?
Worthington: We are moving into branding, multi-function ATMs, the unbanked, surcharge free alliances, and just about anything else we can think of to stay afloat. In spite of the state of the rest of the industry... or maybe because of it... you can count on seeing a lot of C.R.A.P. in the future.

Dick's JokeOfTheDay @djokeoftheday
#jokes A wife woke up in the middle of the night to find her husband missing from bed. She got out of bed and check… https://t.co/2Q8gDFnfPp
#jokes Husband: "What would you like for your anniversary, Sylvia?" Wife: "A divorce, Bernie." Husband: "I wasn't p… https://t.co/PWEaxhcanr
#jokes Man talks dirty to a woman? That's sexual harassment. Woman talks dirty to a man? That's $1.99 a minute. https://t.co/fnaNwBPo0L
#jokes A laugh a day. It's not hard. Seriously. Hi, I'm Dick Johnson, owner and webmaster of the infamous web site… https://t.co/OSDCmBvmB4
#jokes Why can't a woman ever be satisfied? Because no man has a dick made out of chocolate that shoots money. https://t.co/IgiIyUEoaZ
#jokes What should you do if your sister-in-law sits on your glasses & breaks them? Take them off next time. https://t.co/ybKKjZs4h3
#jokes What is a man's view of safe sex? A padded headboard. https://t.co/JUc0lUmnAI
#jokes You ever been by a place and thought "Man, if I went in there, I know I'd get laid." I get that feeling all… https://t.co/5r2snCMpEx