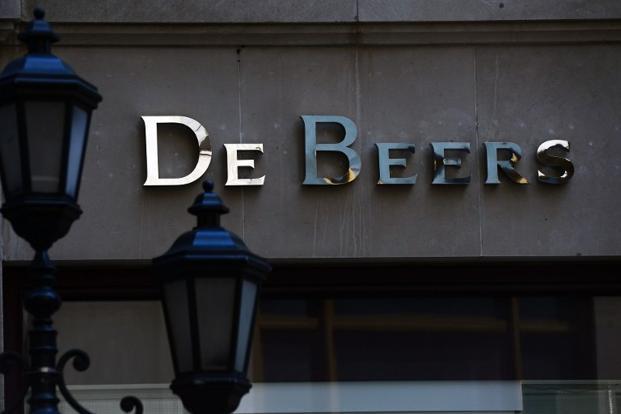 The diamond invention—the creation of the idea that diamonds are rare and valuable, and are essential signs of esteem—is a relatively recent development in the history of the diamond trade. Until the late nineteenth century, diamonds were found only in a few riverbeds in India and in the jungles of Brazil, and the entire world production of gem diamonds amounted to a few pounds a year. In 1870, however, huge diamond mines were discovered near the Orange River, in South Africa, where diamonds were soon being scooped out by the ton. Suddenly, the market was deluged with diamonds. The British financiers who had organized the South African mines quickly realized that their investment was endangered; diamonds had little intrinsic value—and their price depended almost entirely on their scarcity. The financiers feared that when new mines were developed in South Africa, diamonds would become at best only semiprecious gems.

The major investors in the diamond mines realized that they had no alternative but to merge their interests into a single entity that would be powerful enough to control production and perpetuate the illusion of scarcity of diamonds. The instrument they created, in 1888, was called De Beers Consolidated Mines, Ltd., incorporated in South Africa. As De Beers took control of all aspects of the world diamond trade, it assumed many forms. In London, it operated under the innocuous name of the Diamond Trading Company. In Israel, it was known as "The Syndicate." In Europe, it was called the "C.S.O." -- initials referring to the Central Selling Organization, which was an arm of the Diamond Trading Company. And in black Africa, it disguised its South African origins under subsidiaries with names like Diamond Development Corporation and Mining Services, Inc. At its height -- for most of this century -- it not only either directly owned or controlled all the diamond mines in southern Africa but also owned diamond trading companies in England, Portugal, Israel, Belgium, Holland, and Switzerland.

De Beers proved to be the most successful cartel arrangement in the annals of modern commerce. While other commodities, such as gold, silver, copper, rubber, and grains, fluctuated wildly in response to economic conditions, diamonds have continued, with few exceptions, to advance upward in price every year since the Depression. Indeed, the cartel seemed so superbly in control of prices -- and unassailable -- that, in the late 1970s, even speculators began buying diamonds as a guard against the vagaries of inflation and recession.

The diamond invention is far more than a monopoly for fixing diamond prices; it is a mechanism for converting tiny crystals of carbon into universally recognized tokens of wealth, power, and romance. To achieve this goal, De Beers had to control demand as well as supply. Both women and men had to be made to perceive diamonds not as marketable precious stones but as an inseparable part of courtship and married life. To stabilize the market, De Beers had to endow these stones with a sentiment that would inhibit the public from ever reselling them. The illusion had to be created that diamonds were forever -- "forever" in the sense that they should never be resold.

Continue reading the rest of the story in The Atlantic

About the Author: Edward Jay Epstein studied government at Cornell and Harvard, and received a PhD from Harvard in 1973. During this time he published two books – his master's thesis, "Inquest: The Warren Commission and the Establishment of Truth," and his PhD thesis "News From Nowhere: The Selection of Reality On Television." After teaching at MIT and UCLA for a year, he became a full time author and joined the staff of the New Yorker magazine while still at Harvard. He wrote press criticism for the magazine, which also became a book, Between Fact and Fiction. He was sent to New Orleans to investigate DA Jim Garrison. This also became a book, Counterplot. He then did a biography of Lee Harvey Oswald, Legend. His most famous book is probably The Rise and Fall of Diamonds.