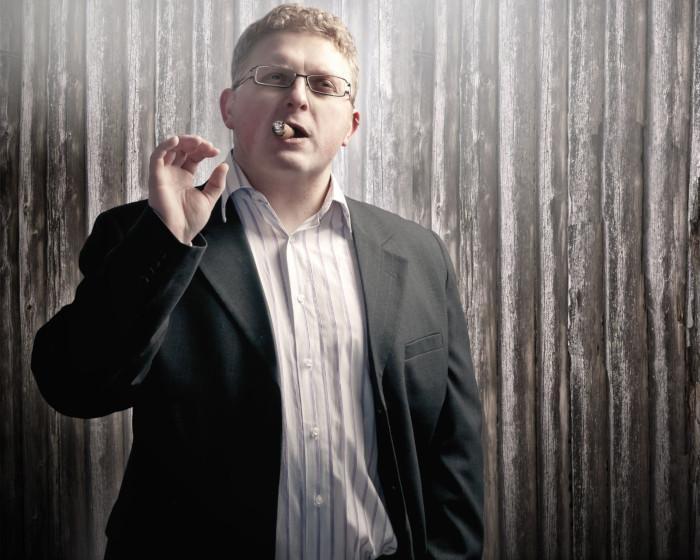 My new friends tell me that they have their next gig lined up and we need to rehearse to get ready. So each time rehearsal is scheduled my mom drives me down to Park Slope. Just before the big night the band’s manager announces we are all going to wear tuxedos to the gig so we can make a good impression. Renting a tuxedo costs money, so I ask my mom to front the cost and promise to pay her back from the money we make on the gig. Mom lends me the $20 bucks or so and I go to get fitted, white shirt, bow tie and all.

Then comes the big night. It’s a Friday and we’re all in our rented tuxedos, when we meet at a local bar to setup early and get ready for the show. The stage is a raised platform in the corner with some nice spotlights. Classy! When the show starts our manager is sitting in the front row of tables next to a guy that is watching us closely and smiling away. We are going through our set and all is great.

Then another guy shows up, stands off to the side watching, smoking a big cigar, arms folded and just scowling. When the last song finishes he walks up and asks: “Who are you guys?”

Our lead singer tells him: “We’re the Spinners.”

He asks: “What are you doing here?”

Then the guy says “How old are you?” and the singer replies: “Sixteen!”

By now we’re all standing around thinking this guy must really be impressed! Sixteen and we got a gig! Then he asks: “Who hired you?”

That’s when the singer points to the guy in the front row and says: “He did, the guy sitting next to our manager.”

And then the hammer falls. In an instant cigar guy tells us: “That guy? That guy is just some drunk. He comes in here every night. I own this bar and you kids are under age. Pack up your shit and get the hell out of here before some inspector walks in and I lose my liquor license!”

We’re stunned! We quickly pack up and my mom drives me home. The whole way home I’m thinking how am I going to pay for this stupid tuxedo. That night the band fired the manager and then promptly broke up. I never played with them again.

That was a great lesson, and I have used it over and over in business… especially as it relates to sales:

Know who you are talking to. Make sure that the guy you are trying to sell is the owner of the bar and not just some drunk in the front row.

And even if you have a “manager” representing you… at some point you have to talk directly to the guy who writes the check… to be sure you really do have a deal.