Lone Star Guitar: How to Swing Like a Texas Playboy 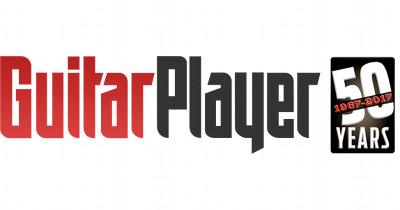 Western swing, also known as Texas swing, is a sub-genre of country music that developed and flourished in the 1930s, reaching its...

Western swing, also known as Texas swing, is a sub-genre of country music that developed and flourished in the 1930s, reaching its heyday during the early years of World War II before becoming overshadowed by other more popular musical styles and fads that emerged in the post-war era. Western swing embraces many of the elements of traditional country music, and spices them up with others borrowed from big-band jazz, blues, bluegrass, and folk, creating an appealing musical stew marked by generally upbeat tempos, swinging, syncopated rhythms, sweet, slick harmonized melodies, and inventive guitar-oriented riffs. Trailblazing musical pioneers like the Light Crust Doughboys, Bob Wills and His Texas Playboys, and Hank Thompson collectively helped shape the style and musical delivery, which at the time was completely original and invigorating. Contemporary artists such as Ray Benson of Asleep at the Wheel and Junior Brown have continued to keep this nearly forgotten musical style and heritage alive for fans and curious newcomers alike.


A traditional Western swing ensemble commonly features mostly stringed instruments and percussion, and consists of bass (acoustic double bass or electric bass guitar), drums, pedal steel, fiddle, and at least two guitars, usually one acoustic and one hollowbody archtop electric, played with a clean tube-amp tone. The combination of instruments will vary with each group or artist and can consist of literally any arrangement of musicians or instruments. The inclusion of pedal steel and other slide-based instruments in the mix will create an overall “slippery” sound for the entire band. You’ll find that many guitarists who play with a slide-based instrument, such as a Dobro, lap steel, pedal steel, or traditional slide, will include plenty of upward glissandos (slides and pitch shifts) into single notes and chords. The liberal sliding into and